British influence on the EU trade and competitiveness agenda 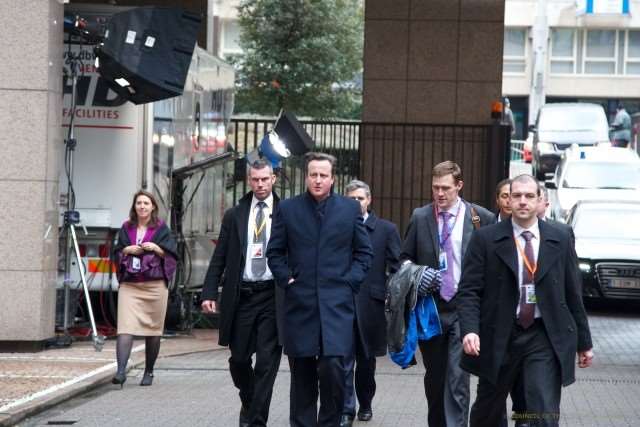 An eminent former Foreign Secretary famously lamented that while he tended to be discounted in London as weak, marginalised and easily outwitted by continental colleagues, he was viewed mistrustfully in Brussels as a towering figure, better briefed than others in the room and forceful in articulating a UK vision. Curiously, both caricatures seemed to apply simultaneously- the worst of both worlds!  Imagine British Ministers stepping onto the Eurostar in London somewhat dwarf-like and stepping off in Brussels as giants, only to transform back again on the return journey! But as metaphors for Britain’s role in Europe, which is closer to reality?

For sure, Britain has not got all it wants in the EU. Then again, nobody does in such a give-and-take environment. Trade and competitiveness policies are no exception.  Our views do not always win out, particularly if not capitalising on our strong network of alliances in Europe. Progress towards objectives in the EU is often slow, and the bureaucracy still stifles entrepreneurship.

However, many an official from EU partners has insisted that Britain’s influence on the architecture of today’s EU is very pronounced - more than almost any other country. Nowhere more so than on trade and competitiveness.

From dirigiste approaches to business at the time of Britain’s entry in 1973, things started to come right with the 1986 Single European Act that turned a vision for Europe as a comprehensive trading block into reality- and with clear British leadership.  Thatcher’s 1988 Bruges speech set a clear future tone for a Europe with a clear emphasis on trade and on business-friendly policies which have since become a central thrust of the EU.

Her comment to Der Spiegel a year earlier point to an underlying rationale: “I am not awkward, I just want the European Community to work”. In saying this, she surely spoke also for hundreds of UK officials involved in EU work over the years. Increasingly, EU partners now seem recognise this sincere intent by Britain to be good Europeans. Ultimately, our common sense approach benefits them too. What is clear is that other prominent member states, not least Germany and the Netherlands, have moved their positions a long way towards what we have always wanted- an EU one former UK Prime Minister described as “flexible, reforming, open and globally-orientated”.

It is something of a paradox that at a time when British public opinion (at least as judged by the rhetoric of public debate) appears more Euro-sceptic, in fact the UK has really got much of the policy we wanted from the EU.

Let’s face it, for a globally-focused trading nation, what is the alternative to the EU marketplace on terms that we help define?  Whether with EEA status or going it alone, any access we would gain to the world’s largest marketplace (which also happens to be the one on our doorstep) would be on terms that do not reflect our core interests. Ironically, we would also be excluded from all those EU trade agreements with third countries that we have worked so hard to promote- with little chance of winning such favourable terms if later negotiating on our own. Indeed, the Single Market and our network of EU trade agreements counts hugely for the UK, as for the EU as a whole.

But still more than this is at stake. What price can a nation like ours put on the consolidated view of 28 independent sovereign nations speaking with one voice, with decisive UK input, in favour of trade liberalisation in international fora? What might not just EU competitiveness but also the cause of global trade liberalisation look like if Britain were not taking a lead within Europe? Our pivotal role is particularly valued by some of our closest allies elsewhere- not least the US.

Of course, these tasks are far from complete. Reform and competitiveness agendas are at a delicate stage, while trade liberalisation remains a work in progress- not least in agricultural products and trade in services. Future progress cannot be taken for granted. Let’s not forget that it can kick into reverse- and has done in the past.

Consequently, EU reform on trade and competitiveness must remain a top UK priority.  Fortunately, Britain can have more influence in Europe than we often think. Hard won experience shows that we cannot be marginalised in today’s EU unless, by design or neglect, we do so ourselves. Surely those continental officials are right to value that distinctive British flair for administration and, yes, to doff the cap to our well-briefed Ministers who have done so much to shape the EU’s architecture in the last thirty years.

So the crunch question is: what sort of engagement with the EU should Britain choose? One with the UK playing a central role in driving forward that pro-trade, pro-competitiveness vision, or one with a side-lined UK as, in Blair’s words, “sole masters of a shrinking universe”? That choice is largely ours.