Brexit could unleash another Euro crisis 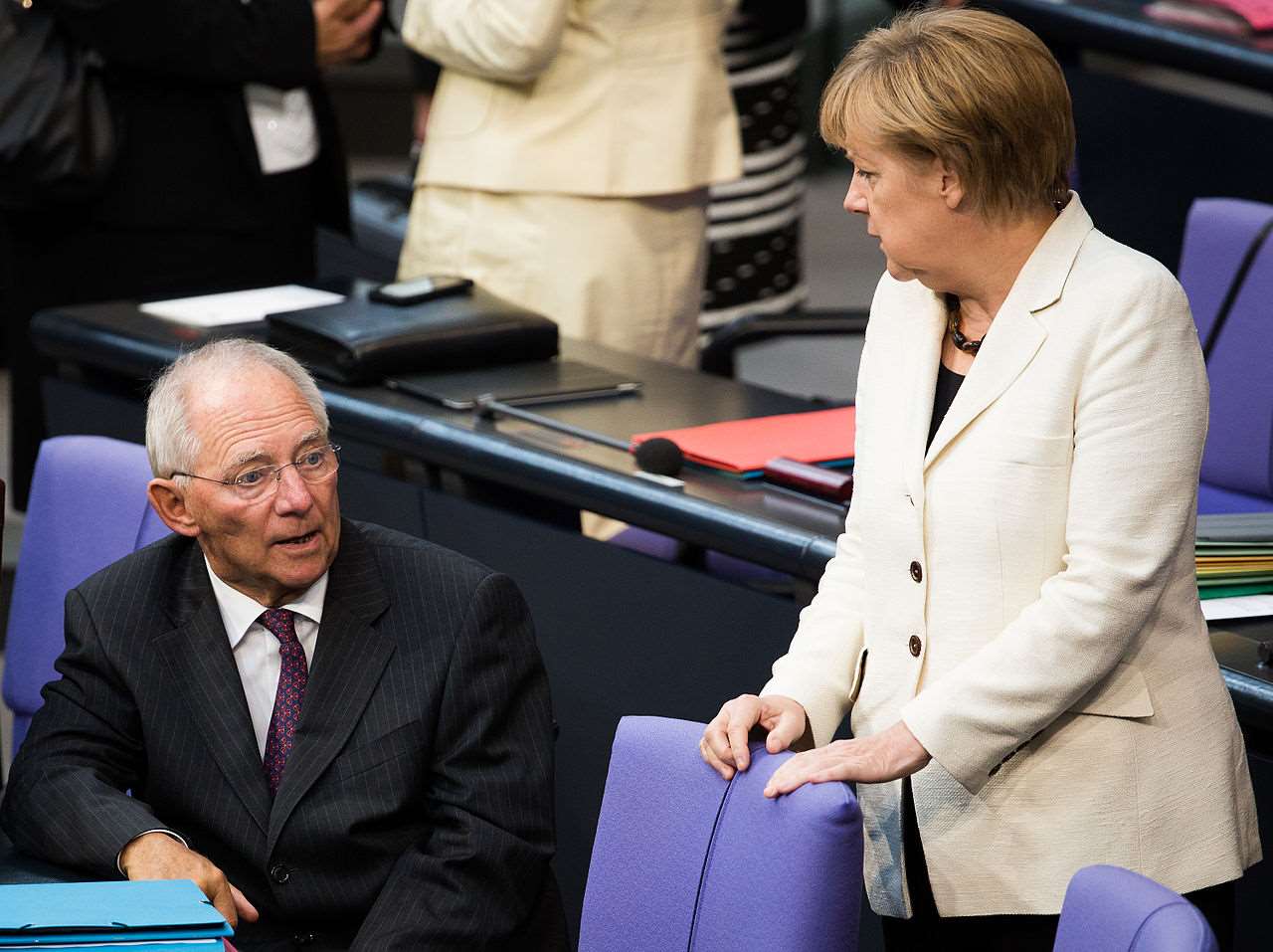 Observing the BREXIT debate in the UK, you could be forgiven for thinking it’s a purely UK-affair. All the big questions commentators are focused on concern the UK, its access to the single market and whether we become Switzerland, Norway or Canada.

But BREXIT would carry profound implications for the rest of the continent too. In a worst case scenario, it could unleash another Eurozone crisis akin to that in 2010, when investor anxieties over Greece negatively affected other Eurozone members.

Eurozone capitals firmly believe this is now impossible. Lots of repair work has been done to the Euro, including the creation of federalized bank supervision, ECB bond buying and improved fiscal surveillance. Europe’s banking system is much healthier as a result. Eurozone growth prospects have even improved from the doldrums of recent years. Investors have become addicted to ECB cheap money.

But while the Euro’s economic and financial underpinnings are stronger, its politics are much, much weaker. This leaves the Eurozone politically vulnerable to another crisis were investor confidence to suddenly change, something a shock like BREXIT could cause.

Core Europe is no longer immune from the tide of populism, even Germany. Awkward anti-EU governments now hold power in much of Central and Eastern Europe. Politics in Southern Europe, where the crisis hit in 2010, also look particularly bad.

Inconclusive elections in Spain in December have prevented the formation of a government. New elections will be held in June but the risk of a similar vote, and hence another impasse, is high. While Spain has been ungoverned, its fiscal and reform situation have suffered. The deficit is now 3.9% instead of the 3% mandated by Brussels.

In Portugal, the government now comprises a moderate Socialist Party with two radical left parties. It has already unwound reforms undertaken by the previous centre-right administration.

Italy’s Prime Minister Matteo Renzi is energetic and has implemented a number of reforms, including plans to streamline the country’s sclerotic institutions. But even politics in Italy have suffered. Renzi’s popularity has declined significantly as his Democratic Party has been implicated in multiple corruption scandals.

The Eurozone is therefore more politically exposed to a shift in investor sentiment than at any time since its creation. And BREXIT could seriously spook market confidence, as investors often shoot first, ask questions later.

If this were to happen, attention would again turn to the ECB. In 2010, the Central Bank agreed to purchase bonds for the Euro’s most vulnerable countries, provided they signed up to an ESM bailout. But no government in Southern Europe would today be able to get a bailout through its parliament. This would limit the ECB’s ability to step in and save the day.

The relationship between Berlin and Frankfurt has also become tenser over the last year.  Germany’s Finance Minister Wolfgang Schäuble has never been a fan of ECB President Mario Draghi or aggressive ECB policy action. Schäuble’s recent assertion, that ECB policy is responsible for the meteoric rise of the right wing populists Alternative for Germany should therefore come as little surprise.

More worrying is the fact German Chancellor Angela Merkel has remained silent in the face of Schäuble’s attacks. This not only reflects a more vulnerable Merkel, given the refugee crisis and the fragility of her EU-Turkey deal in light of recent developments in Ankara. It also suggests Merkel has growing misgivings about the ECB’s ultra-loose monetary policy and the political risks this creates for her, given public opinion in Germany, ahead of Federal elections next year.

With no German in Berlin and no German at the ECB willing to make a strong case for the ECB, Draghi’s latitude in another crisis would be much more limited than in 2010. And while it is true the ECB is currently involved in a large scale QE programme, this would not be the means by which it could halt another sovereign crisis, especially if Italy or France came under sustained market pressure.

The politics in the Eurozone and between its Central Bank and Germany are therefore massively vulnerable to another crisis were investor confidence to quickly shift. BREXIT could be the trigger that does that.