Brexit: a view from the continent

Most debate around the upcoming EU referendum in the UK seems to revolve around two obvious issues: the politics and attitudes with in the UK itself and the views of other governments and the EU at an institutional level about the process and the renegotiations. One group is rarely considered: publics in other member states. This may sound obvious – they do not get a vote and are not directly engaged in negotiations. However, their views may become more important, in particular in case the UK votes to leave the European Union.

In a research project we conducted comprehensive in-depth surveys in six other EU member states (Germany, France, Poland, Ireland, Sweden and Spain) to assess how much variation there is in public attitudes on different parts of the continent. Many commentators seem to have suggested that ultimately, regardless of their views on the referendum itself, negotiations following an “out” decision would largely be pragmatic and conducted by all with economic interests in mind. Looking at public perceptions however, the story becomes more difficult.

In Poland, Germany and Ireland substantially more people wish for the UK to remain part of the single market than if it left the EU than oppose it. Swedish respondents however are split on the issue and in Spain and France respondents opposing British membership of the single market after exiting the EU clearly outnumber those who would like for the country to remain (see table 1).

Table 1: Views on Britain’s access to single market if leaving the EU by country (%)

In some countries governments may feel a pressure from publics to not give the UK an easy ride if they leave – domestic pressures may influence government stances in such negotiations. But we do not need to only look at a hypothetical exit scenario to see that views on the UK’s role in the EU are not uniform.

When asked whether the UK should remain a member or leave there is a majority in each of the six countries surveyed for Britain to remain. However, the size of this majority differs greatly and in the case of France it is not an absolute majority. Only 42 per cent of respondents say the UK should continue to be a member, while 33 per cent are opposed and 25 per cent unsure. Support is slightly greater in Sweden with 50 per cent, rises to 58 per cent in Germany and is highest with about two thirds supporting it in Poland, Spain and Ireland (table 2).

Table 2: Views on UK membership in the EU by country (%)

So while the UK’s membership is seen as positive overall, it look as if heads of government and state will find it harder to sell deals with the UK to publics in some of the member states. We generally found that there was overall only limited support for exceptional treatment for the UK or any member state generally speaking. Between 53 and 62 per cent of respondents in each country said that any changes should apply to all member states – Britain should not be allowed to negotiate specific changes for itself (for which there was only 24-30 per cent support respectively).

While we did find some support for certain changes at the European level, it is clear that when it comes to the UK and the referendum there is variation in what publics elsewhere in Europe think. This does not influence the vote directly, but may become important in any further negotiations – in particular in case of a leave vote – if national politicians feel stronger domestic pressures about what to do with the UK.

This findings presented here are part of the ESRC-funded project “The view from the continent: What people in other member states think about the UK’s EU referendum”. It is part of the “UK in a Changing Europe” programme and run under the auspices of the Applied Quantitative Methods Network (AQMeN) as a collaboration between a team from the University of Edinburgh and German think tank d|part. Full details and publications can be obtained here: https://www.aqmen.ac.uk/projects/euukreferendum 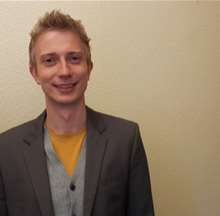