With the conclusion of the Brexit transition period on 31 December 2020, the free movement of people between the 27 member states of the EU and Norway, Iceland, Liechtenstein and Switzerland; and the UK has come to an end. Some of the millions of EU nationals in the UK and British nationals in the EU are already suffering the consequences of this drastic curtailment of rights. The present moment is propitious to explore ways to govern and facilitate migration between the two parties. Although an EU-wide agreement with the UK that ensures free movement remains the ideal solution, it is currently unrealistic. This calls for an evaluation of possible alternatives.

Bilateral agreements on the free movement of people represent such an alternative. Bilateral agreements on free movement of people are defined as those adopted by two countries – or a regional organization and a country – that widely regulate several aspects of entry, stay, rights during residence, and protection from expulsion for nationals of each party in the territory of the other. Social security, recognition of qualifications or avoidance of double taxation might be integrated into these agreements or may constitute separate acts, the same as political rights.

Bilateral agreements are a regular occurrence at the global level. Numerous examples can be mentioned such as the agreements between Australia and New Zealand; Argentina and Brazil; Russia and Belarus; or India and Nepal to mention a few. At European level they are also common and, most importantly, legal under EU norms. For example, the UK and Ireland have the Common Travel Area (CTA). Indeed, in light of Brexit, a 2019 Memorandum of Understanding reaffirms the status that British and Irish citizens enjoy in each other´s territory. This comprises the possibility to move freely, reside, work and vote in local and national elections, as well as equal treatment on education, social protection, housing and healthcare. In turn, Andorra has signed bilateral agreements with France, Portugal, and Spain. These grant Andorrans a very similar treatment EU citizens, while French, Spanish and Portuguese nationals are offered a privileged status in Andorra.

Spain should be the first candidate for a post-Brexit bilateral treaty concluded between the UK and an EU member state. Spain is the most important EU destination for British emigrants and the fourth most important globally after Australia, the US and Canada. As of 31 December 2020, 381,448 British were migrants residing in Spain, making it the third-largest migrant population after Romanian and Moroccan nationals. According to some estimates, if short-term British migrants are included (e.g. those who only spend a number of months in Spain each year), the total could reach a million. In turn, the UK is the most important migrant destination globally for Spanish nationals. Roughly 185,000 Spanish nationals were living in the UK in 2020, making it the fifth-largest migrant group from the EU, excluding Ireland. In addition to these numbers, there are many more living between both countries. Moreover, Spain and the UK have already signed a reciprocal agreement to secure the right of their respective citizens to vote and stand in local elections.

As for the content of such possible agreement, I would suggest that the status quo established in the Withdrawal Agreement represents the departing point for any future bilateral engagement. This would allow an easier transition from the pre-Brexit situation and reinstatement of the former rights in terms of entry, residence, work and study. At the same time, an agreement between both Spain and the UK should provide the same rights to both parties and establish perfect reciprocity. That said, bilateral negotiations could be flexible to, for example, recognise the high number of UK retirees in Spain, or the significant number of Spanish nationals who move to the UK to work. This could lead to rules granting a privileged treatment when it comes to access to the labour market, by for example removing the requirement of employment sponsorship and the general salary threshold which now applies in the UK, or to special rules for gaining residence for retirees.

The UK withdrawal from the EU has led to a drastic loss of rights for millions of EU and British citizens, including free movement. While politically difficult in the present scenario, multiple bilateral agreements between the UK and individual member states could offer a realistic solution to those EU countries with large migration flows to and from the UK. European institutions should acknowledge that bilateral agreements on the free movement of people are currently in use, both in Europe and elsewhere, and are aligned with EU law. They should also respect member states’ competence in this sensitive area. Spain and the UK could be the first states to explore this alternative, which is already in place in any case between Ireland and the UK. 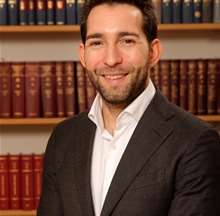