After the crisis comes wrenching change 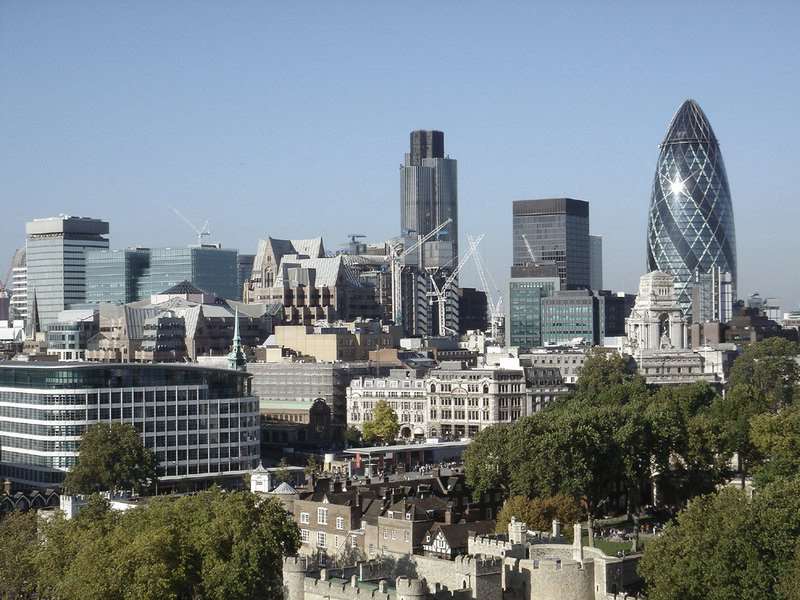 These are tumultuous times for Europe’s banking industry and financial markets. The financial crisis that erupted in 2008 has rarely been out of the headlines since.

Yet this has not been a period solely of upheaval and crisis management. It has also been a time of reform. It has featured rigorous self-examination by the banks themselves, tough scrutiny by government authorities and politicians and interest groups of many stripes and, above all, a widespread determination to ensure that a crisis of these dimensions should never be allowed to recur.

Regulators, governments, bank boards, shareholders and clients have been working on measures to create a safer financial system. The common goal is banks that are better managed, governed and regulated – and capable of winning back public confidence as a vital engine of growth in the European economy.

This may seem a daunting challenge at a time of public anger at what has gone wrong in the system – and at the role of the banks in particular. But it is a cause central to the existence of the the organisation I chair – the Association for Financial Markets in Europe (AFME), the voice of Europe’s wholesale financial markets and those who trade in and service them.

So what has changed in management and oversight of wholesale financial services – from regulation through risk management to remuneration? What still needs to change?

Of course, the environment remains uncertain and challenging. But I would say two generally positive developments can be discerned. First, the past three years have seen tremendous change in the way financial firms are regulated. The amounts of capital and liquidity that banks are being obliged to hold have risen dramatically. Leverage, an indicator of balance-sheet risk, has been reduced. Market infrastructures have been substantially strengthened, with the centralised clearing of derivatives perhaps the most obvious example. Overall, regulatory frameworks have been enhanced at firm and industry level and governments and regulators are increasingly emphasising the importance of ‘macroprudential’ supervision to respond to real-economy risks arising from the financial sector.

Second, firms themselves have undertaken significant internal reforms and balance-sheet restructuring. Optimistic risk assessment and risk management were at the root of the 2008 financial crisis. Corporate governance and internal procedures have been bolstered in response. Risk management is no longer regarded as a subset of the compliance function: in most firms it is now at the heart of the decision-making process within the firm and on corporate boards. These systems are not yet failsafe, but they are much stronger and are continuing to improve. Significant changes have also been introduced in remuneration policies and practices, even though we suspect there is more to do.

Making such progress has required a lot of hard work on the part of all involved, and I believe AFME, with its deep industry expertise and close connectivity with its member firms, has played a constructive part in implementing these improvements. Nevertheless, we have to admit that the changes in themselves do not get us all the way there. Neither the industry nor its regulators are yet in a position to declare ‘mission accomplished’.

Moreover, intense public controversy continues to rage about everything from the role of bankers in the crisis, through the adequacy of remedies that have been offered to date, to the nature of the relationships between banks and society and between financial markets and the real economy. These debates will remain at the centre of our political and economic lives in Europe for some time to come.

This is why I believe that the changes we have seen are just the beginning of an even more arduous process that will fundamentally reshape our financial markets and leave a profound mark on all who work in them. I would like to explain why I believe that to be so and pose some questions to the industry, to those who oversee it and to all those who feel they have a stake in its future.

The three most important questions are these:

• What does society want from its wholesale banking industry?

• How does banking reshape itself to deliver what society wants?

• How do we articulate the relationship between banks and society – or between the markets and the economy – in a new and more sustainable way?

Finding candid and credible answers to all three is vital for the future of Europe’s banking industry, which, after all, employs more than 3 million people and contributes 6.5 per cent to the region’s GDP. But it matters even more than that. Because of banks’ wider role in financing business and consumption and the way the health of banks is inextricably bound up with the health of the wider economy, answering these questions is equally central to the tasks of creating stability, resolving our problems with private and public debt, and generating growth and jobs. Such has been the tumult in and around the industry in the past two years that establishing a measured and rational discussion of these issues has been exceptionally hard.

For one thing, the market pressures have been intense. Banks, facing a veritable tsunami of new regulations imposed by multifarious governments and agencies on both sides of the Atlantic, have struggled to keep up. Managers are overloaded, compliance costs are rising, and the overall coherence of the system can sometimes seem hard to discern.

Meanwhile, investors have tended to price in regulatory impacts as if they were immediate, rather than discounting for any notional lead-times allowed for implementation. The new Basel III capital regime is the most obvious example. The lead-time built in, allowing participants until 2019 to adapt, has all but disappeared: banks have to act as if it is now fully in force.

Perhaps it is not surprising that senior bank executives sometimes sound as if they are resisting change in principle. My observation is that most of them are not, but some are wilting under the strain of so much rapid change. And as the dust begins to settle, it is entirely legitimate for the industry to ask searching questions about the overall coherence of a system patched together from the competing and sometimes contradictory demands of many different governments and legislators. We are still some way from having any kind of sense of their cumulative impact, and this is in itself a concern.

Then there is the critical political climate. I am not complaining about it; it is a fact. But it can distort discussions about such important matters as regulation or taxation of banks. Instead of considering how to create the optimal framework that will encourage banks to fulfil their economic function, decision-makers find it tempting to court easy popularity by appearing to punish the sector or to pile punitive taxation on top of regulation.

The European Union’s mooted financial transactions tax is a classic example. All recent studies on the subject, including the European Commission’s own impact study, demonstrate that such a tax would create serious economic damage for questionable benefit. Yet European governments press ahead.

In my personal view, the sound and fury around these issues of regulatory practice and political expediency obscure two much broader and more challenging sets of arguments, especially for those who manage, oversee and indeed invest in banks. The first has to do with the culture of banking itself – the way banks are run, the way bankers behave, and what needs to be done to effect deep and lasting change in both. The second concerns the desirable shape, scale, scope and revenue generatingcapacity of the industry.

Let me take each in turn. There is no doubt that the culture of banks has changed profoundly in the past 20 years. When I joined the Paris office of a large investment bank in 1990, the compliance or risk departments were less elaborate than those of today given the smaller and less complex institutions of the time. The operating assumptions had to do with individual and collective responsibility.

In today’s giant financial conglomerates, part of that sense of responsibility has been lost or taken away – not least by ever-increasing regulation and the ever-present slogan ‘too big to fail’.

The question is: even if large publicly quoted banking groups cannot possibly turn the clock back and reinvent themselves as private partnerships, how can they recapture some of that old spirit of partnership and responsibility in the way they run their affairs? Doing so would have far-reaching effects on the business. It would imply, for example, a bias against complex financial products that only a small number of aficionados can fully understand. It would suggest that institutions would not create financial instruments that they would not be willing to hold on their books. It would drive remuneration and other management policies towards a system that gives employees a deep sense of individual and collective commitment in the way they do their jobs – a real sense that they have ‘skin in thegame’. The alternative is banking as a regulated utility of sorts.

The point I am making is about management and governance, but it has important implications for the political debate that portrays banks as public enemy number one. If banks are perceived to be embracing profound change of the kind I have outlined, then the industry’s reputation will steadily improve. It will become possible to think in terms of what I would call a new settlement between the industry and society, in which bankers come to be seen again as responsible citizens playing a crucial economic role without the need for controversial government support.

I believe that is the direction we will take – though of course it will take time for the trend to become visible, and longer still for public perceptions to undergo fundamental change for the better. This is the work of years, not weeks or months.  It is, incidentally, a journey that needs to be taken not only by bankers but also by all the other players who got it wrong during the boom years – governments, regulators, supranational institutions, shareholders. Everyone has lessons to learn from a crisis this profound.

As to the scale and scope of banking institutions, we are, I suspect, in the early stages of a similarly seismic change. The portents of this are all around us. Governments everywhere are looking for ways to limit taxpayers’ potential risk exposure – either by limiting the size of banking institutions for which they are responsible, or by ring-fencing different segments of the institutions’ activities, or by otherwise constraining those of their activities perceived as being especially risky.

Politicians, regulators and banks in the UK, France, Germany and other European countries are engaged in difficult debates about risk, reward and the allocation of resources – not least in lending to the real economy. Banks and their shareholders are beginning in similarly awkward ways to tussle over the uses and cost of capital and the desirable returns on its deployment. Others question the very right of global universal banks to exist, and call for a return to a simpler though perhaps less risky world of specialism and national or regional focus.

No one can know for sure what the outcome of these processes will be. But together they are generating a series of compelling and utterly necessary debates about the role of banks in a modern economy.

I believe that calm and dispassionate analysis of the facts is an essential precursor to the banking industry’s return to health. I hope that this will eventually lead to a better and safer world, in which systemic leverage is reduced, regulation is optimised, and banks can resume their traditional role as enablers of payment flows and economic growth without recourse to the support of governments and taxpayers. Let’s make this the new normal, in welcome contrast to the abnormal circumstances of recent years.