“Advice from a caterpillar”: the conundrum of EU military spending in times of austerity 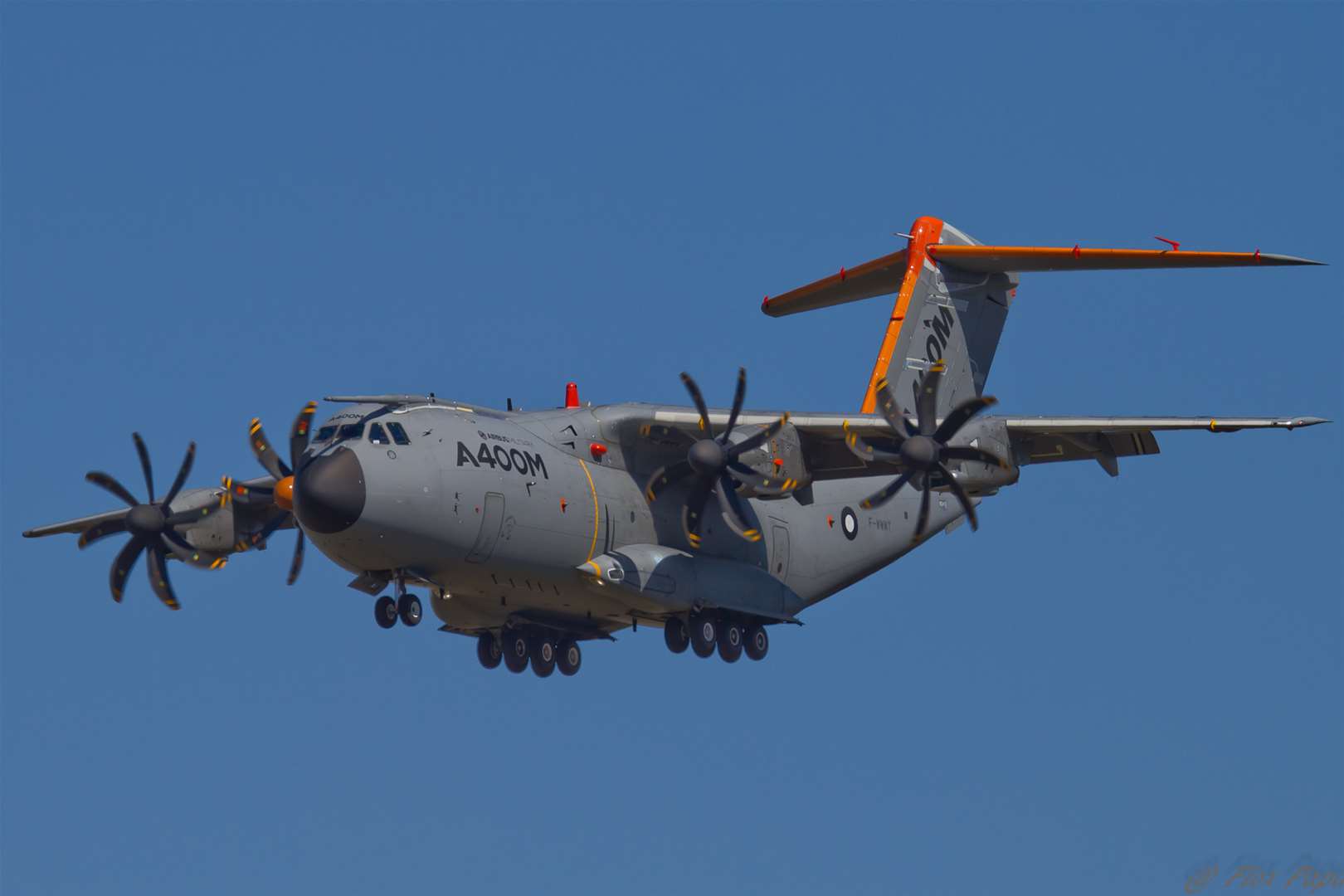 When in June 2011 the U.S. Defence Secretary, Robert Gates, warned that America could abandon NATO if current trends in the shrinkage of defence capabilities were not reversed, European defence establishments must have felt like Alice in front of the Caterpillar: either European defence assets grow bigger, hence complying with alliance commitments, or they get smaller and cede to austerity pressures.

As a recipe against European retreat on defence matters, in August 2011 NATO called for more cooperation between European member states in buying defence equipment, training and specialization of military tasks. The underlying logic of the “smart defence agenda”, whose implementation package will be presented at the NATO Summit in Chicago in May 2012, is straightforward: instead of pursuing costly national programmes, allies can seek more cost-effective solutions by pooling and sharing resources.

Burden-sharing is not a new concern in transatlantic relations. Nor is the idea of pooling & sharing of military capabilities in Europe. What the two concepts have in common though is that they appear to be a never-ending struggle, which systematically failed to turn into concrete action. What is new is that the financial crisis, together with some other contingency factors (such as the lessons from the Libya campaign) have made it possible to link the idea of a fairer, hence more significant European contribution to NATO’s capabilities in developing a “smart” way to handle defence in an age of austerity through multilateral cooperation.

What happens in NATO is seldom without consequences for the EU side of Brussels. In fact, the US call for new burden sharing and the austerity measures implemented by many European governments have triggered a revival of the discussions on the Europeanization of defence in the EU, boosted by the process known as the “Ghent Framework”. Therefore, two important questions arise: first, what impact will this new transatlantic impetus have on the European Union’s defence market and, more broadly, on the Common Security and Defence Policy? Second, what are the real prospects for collaboration in a sector where national protectionism and strategic interests are too entrenched to allow for openness and liberalization?

Let us first define what pooling & sharing (P&S) is: it essentially relies upon three components: pooling of procurement of weapons and services, or joint research facilities (such as the A400M transport plane); sharing through the partial or total integration of force structures such as training facilities and setting up joint units; and specialization. By definition, the implementation of a P&S agenda depends upon the effective liberalisation of the European defence market, leading to more competition among defence companies (hence removing national barriers) and the Europeanisation of part of the defence budget, for instance through strengthening the role of the European Defence Agency (EDA).

Over the past two years, three major developments have influenced the debate on more integration in EU defence policy.

First, the provision by the Lisbon Treaty of Permanent Structured Cooperation (PESCO) as an instrument allowing groups of member states to cooperate more closely, thus attaining objectives that otherwise would be unattainable at 27.

Second, the adoption of the Ghent Framework in December 2010 exploring the feasibility of intensified EU cooperation and P&S regarding military capabilities in areas such as training, logistics, medical, transport and communication. This was followed by the German-Swedish joint Food for Thought paper on “intensifying military cooperation in Europe”, which identifies the following areas as suitable for increased cooperation: research and development, acquisition, training and exercises, command structures and procedures, operating costs.

Third, the adoption in 2009 of two directives (2009/43/EC and 2009/81/EC) aimed at simplifying procedures for moving military goods among Member states and increase the amount of defence procurement that is open to competition across the EU. The Steering Board of the European Defence Agency is to meet in the Spring of 2012 to come up with a list of P&S options.

There are also practical examples of P&S and lessons to be learned from previous experiences, such as the Franco-British treaty of November 2010, the Visegrad four (Czech Republic, Hungary, Poland and Slovakia) and the Weimar triangle (France, Germany, Poland), though it should be more appropriate to refer to them as small scale initiatives that partly fit into the P&S model. Finally, on the capability side, the EU Battlegroups are a renowned example of “pooling” of EU member states troops.

To what extent would the EU actually benefit from P&S? From an economic standpoint, there would be significant returns. The situation of European defence capabilities has seriously deteriorated after 2008, with the burst of the financial crisis leading to an average cut by 5.9% in 2010 on EU member state  defence budgets: in a period of scarcity reverting to defence cuts represents an easy way for governments to cut expenditures without jeopardising its popularity too much.

Reversing this trend in the medium term is not an easy task for EU governments, bound by economic stagnation and a severe fiscal discipline that does not permit any financing in deficit of defence investments. Thus, in this scenario, the current lack of European coherence in pursuing a common defence strategy represents a costly inefficiency that obstructs money saving policies. Indeed, the existing EU defence system, while reasonable from a political and national point of view, is completely unproductive economically. On the demand side, national governments take the lead in establishing expenditure policies in EU defence markets (Figure 1): despite its existence since 2004, the European Defence Agency (along with the other initiatives such as OCCAR), has not yet succeeded in establishing coherence in defence instruments among member states, thus preventing the exploitation of economies of scale in terms of R&D, production, training and maintenance resulting for common military programmes.

This lack of consolidation on the demand side has inevitably led to a disaggregated EU industrial defence system composed of a multitude of national industries, each with their national interests (some still under the control of national governments). This situation is doubly uneconomical: on one side, it represents a strong limitation on pursuing the needed process of consolidation (similar to that implemented in the US after the cold war), which is fundamental in a sector with high economies of scale, and thus it prevents the creation of EU defence industrial giants able to compete successfully with US counterparts (Table 2). On the other side, it does not allow the exploitation of competitive  advantages created by the presence of similar industries, due to the nationally biased preferences of member state military spending. This situation is only partially solved thanks to the implementation in 2011 of the two aforementioned directives, intended to open up the EU defence industry to cross-border competition.

On that account, NATO’s recent call for a smart approach to capacity building is justified on the grounds of economic efficiency, and adds to an existing EU debate. A boost from the Atlantic Alliance would most likely benefit the discourse in Europe, namely out of the need to find complementarities and guidelines to harmonize NATO and the EU’s defence agendas.

Whether these conditions will be enough to move from the discourse to policy implementation is highly debatable. As more than one expert has put it, a liberalised and integrated European defence market is an illusion: geopolitical considerations and protectionist interests justify the flexible geometry of defence cooperation to the detriment of defence integration, resulting in sluggish progress in terms of capabilities.

In this regard, strong contingency factors such as NATO’s impulse for new burden sharing and the financial crisis appear as necessary but not sufficient conditions to intensify cooperation. Furthermore, the lack of a strategic debate aggravates the situation: in the absence of an imminent threat, it is still not clear what EU member states cooperate for and why Europe would need to invest in hard power in the first place.

Europe is therefore confronted with the economic rationale for cooperation, and the political/strategic grounds against it. This, however, seems to be a structural condition, which is not destined to be altered with time, pretty much like the gap between the supranational and intergovernmental souls of EU decision-making. A “structural condition” implies that this is something Europeans (and Americans) need to learn to cope with. Accordingly, the future of European defence lies between these two rationales: like Alice’s mushroom, the EU will continue nibbling at the appropriate handful of military cooperation and protectionism of national defence industries according to contingency and context-specific imperatives.