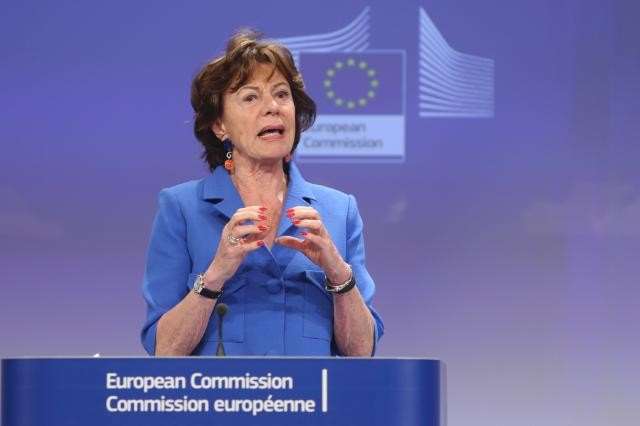 A complaint can be heard all over Europe: its once proud telecommunications sector is irresistibly sliding in world rankings. Investments in wireless broadband lag those in Asia and the US.  European equipment vendors are outflanked on their own turf by their Chinese counterparts. Indeed, even if the market leader remains Ericsson, the competition from the Asian companies is growing, and leadership of Ericsson is mainly due to the fact that its main competitor, Huawei, has great difficulties in entering the US market, the most lucrative at the moment.

But at the same time, another Europe's flagship hi-tech company, Nokia of Finland, having lost its leadership position in mobile phones, had to sell its consumer unit to Microsoft. The service offered to mobile consumers, though improved by roaming regulation, will still lag in consistency and coverage conditions on the continent, what customers in the US, Japan, and China can get. Truly speaking, some markets like the UK, France, or Italy enjoy low mobile subscription rates. But some blame this very achievement of telecoms competitive regulation -the low cost model- for the lack of investment capacity of mobile network operators. And also, if we look closer, in markets like the US, consumers "pay less per unit of usage" - and thus receive better value - as they use mobile services more extensively, i.e. five times more voice minutes and twice more data per connection than the EU average.

In the meantime, competition authorities and administrations in many European countries, considering the landscape of the battlefield, struggle to come up with a consistent appraisal of several critical issues: is the optimum number of operators in each country three or four? Should administrations allow or even encourage domestic concentrations? Should foreign control of operators be allowed? All this reflects a lack of doctrine and vision, and a mere lack of consideration, bordering on blindness, for the benefits that could bring a single market for European telecommunications. Let us put it bluntly: What Europe needs is a continent wide industry, offering quality, continent wide subscription services.

It is clear that market fragmentation prevents EU carriers from capturing economies of scale and scope. America's two biggest carriers are each larger than the three largest EU carriers combined. But it is also important to consider that in numbers, the US and the EU have a similar number of operators in the key markets. Indeed, even if there is often the perception that the US has only four mobile telephony operators, if we look at the real data we notice that the US has the most facilities-based mobile providers of any nation - 191 facilities-based providers, according to the FCC's most recent data - and is one of only two OECD countries with five or more licensees per market (if we look at State level for example), dozens of MVNOs offer service to consumers as well. You can easily compare this to the European number (more than 100 operators), although the US mobile industry is structured in tiers, national and regional, that serve hierarchised markets, and still provide optimal scale. As for Japan and China the differences are big: they have only three.

EU regulatory policies have resulted in a fragmented market structure which prevents carriers from capturing beneficial economies of scale and scope and delays the growth of the mobile wireless ecosystem. Despite similar overall numbers, and due a sub-optimal market structure, the EU is lagging well behind the US in deployment of next generation wireless infrastructures and the advanced services they make possible.  EU consumers are worse off as a result.

Beyond misguided, backward considerations, the imperatives are straightforward:  provide seamless subscription services to consumers across Europe, and for that have European-wide operators - strong operators able, by the sheer number of their subscriber base, to influence world standards and have companies big enough to impress mobile phone vendors who listen to operators like Verizon and China Mobile that boast hundreds of millions of customers in single markets with unified standards.

Consolidations should take place, but on a European scale. Domestic concentrations make competitive regulators suspicious, and justly so. It would be much better from a single European telecommunications market perspective to have a low number of wide companies active in most European countries, allowing for four operators on each market.

Why is this not happening? European telecom operators have been submitted to a series of paradoxical injunctions that put them in a double bind.  Firstly, 28 competition regulation agencies look only at their domestic market, and maintain domestic actors many of them too small to achieve economies of scale. Secondly, stringent competition conditions are defined at the level of each member state, keeping the actors barely breathing above water, and depriving them of investment capacity. There are big operators in Europe: Vodafone from the UK, Orange from France, Telefonica from Spain, Deutsche Telekom from Germany, Telecom Italia. But they do not want to confront governments and regulators and prefer to play the multi-domestic game and take modest advantage of market fragmentation. And they are also present in several other markets around the world and often cannot massively invest in all their markets compared to the US and Asian operators that had a much more conservative approach focusing on growing their own national market with huge investments.

We call for all stakeholders, telecommunications managers, administrations, shrewd bankers, to take the situation in their hands and build the European telecommunications single market into an industry powerhouse, for the benefit of all industries and citizens. And we should not be worried of attracting foreign capital, like France has done with the GE Alstom deal, as we reciprocally welcome the world expansion of European-based companies. At the end of the game the capital is global, but what we should really care of is local investments and jobs.