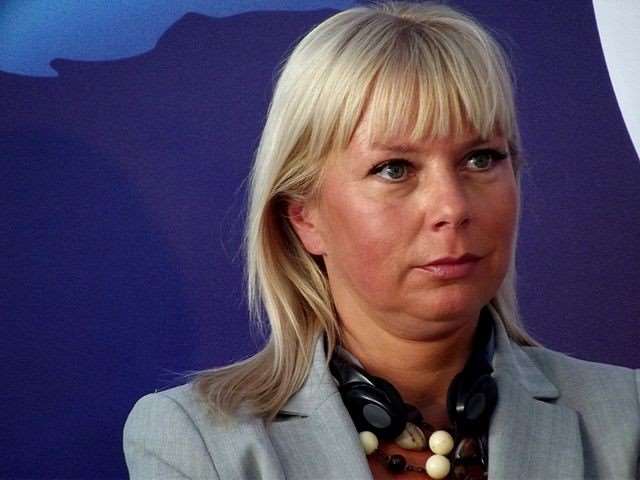 The decision by the incoming President of the European Commission, Jean-Claude Juncker, to merge the internal market and industry portfolios under one commissioner is an intelligent move. Of course, it is not the first time this has been attempted. Some may recall that Étienne Davignon was the Commissioner for Internal Market, Customs Union and Industrial Affairs under the Jenkins Commission (1977-1981). Yet, from the perspective of Europe’s defence industrial policy – an area that was not well-developed when Davignon was in office – the decision could be incredibly important.

Firstly, Juncker has appointed a Pole, Elzbieta Bienkowska, as head of the super portfolio: ‘Internal Market, Industry, Entrepreneurship and SMEs’. Ms. Bienkowska has substantial government experience. Indeed, she previously served as Minister of Regional Development in Prime Minister Donald Tusk’s cabinet (2007-2013) and after this went on to become Deputy Prime Minister of Poland and continued in the same ministerial role, albeit of a renamed portfolio: ‘Infrastructure and Development’. More specifically, she also has previous knowledge of European Union (EU) structural funds and cohesion policy.

The decision to assign this important portfolio to a Pole (and one from a liberal-conservative party) is indicative of the growing importance of Poland in the EU, and it also serves as a statement of intent that the completion of the internal market along liberal lines is a key priority for Juncker. The appointment of Ms. Bienkowska – should the European Parliament sign-off on the Juncker Commission – is bound to have been greeted with relish by the British, Dutch and German governments, at least on the overall objective of completing the Single Market. The fact that Ms. Bienkowska will work primarily with Vice-President Jyrki Katainen (another liberal-conservative) further underscores Juncker’s intent.

Indeed, in President Juncker’s mission letter to Bienkowska he states that her overarching aim is to ‘ensure that Europe maintains its global leadership in strategic sectors with high-value jobs such as the automotive, aeronautics, engineering, chemicals and pharmaceutical industries.’ She is also tasked with ‘stimulating investment in new technologies, improving the business environment, easing access to markets and to finance, particularly for SMEs’. More specifically on defence-industrial policy, Ms. Bienkowska’s aim is to encourage ‘Member States to create more synergies and stronger cooperation in defence procurement in order to avoid duplication of national programmes and match resources to our foreign policy ambitions.’

This will be a change of perspective for Ms. Bienkowska, especially given that she was a government minister during the modernisation of the Polish Armed Forces and the re-structuring of Poland’s defence industry: which emphasised increased investments on research and development and exports. During this period of modernisation – which saw the Polish government commit approximately €33.5 billion (£26.4 billion; US$43 billion) to defence procurement – Poland had been a vocal critic of EU legislation on procurement. This is legislation which seeks to prevent member states from making use of offsets to favour national industry. While the country put into motion a new ‘EU friendly’ offset law on 7th July 2014, its immediate aim during the modernisation period was to ensure that defence contracts mainly went to local arms producers. As was reported in the Financial Times at the time, ‘the military’s goal is for Polish companies to eventually take an 80 percent share of incoming contracts, up from just over 50 percent at present.’ It is little wonder that the Polish government was quick to stress the importance of the intergovernmental European Defence Agency (EDA) rather than the European Commission in its 2013 Strategy of Development of the National Security System of the Republic of Poland 2022 (see specifically p. 24). As head of the internal market portfolio Ms. Bienkowska will be responsible for ensuring that all member states, including her own, abide by offset regulations – offsets are forbidden under EU law.

Some might say that the decision to fuse the internal market and industry portfolios was on the cards, especially when one considers Michel Barnier and Antonio Tajani’s efforts to work closely on defence industrial policy. It was at the request of Mr. Barnier and (now) MEP Tajani that a Commission ‘Defence Taskforce’ be established in order to better coordinate Commission initiatives aimed at bolstering the European Defence Equipment Market (EDEM) and the European Defence Technological and Industrial Base (EDTIB). Ms. Bienkowska’s ‘super portfolio’ will be an important step to further consolidate this trend, and it will be incumbent on the new commissioner to stress the strategic importance of the defence sector and to emphasise the essentiality of using internal market tools to support the sector.

Time will tell how effective Ms. Bienkowska’s team is in challenging the member states’ recourse to Article 346 (which allows a derogation from the treaties on national security grounds under strict conditions). It will also be interesting to see how, if at all, the Commission’s ‘roadmap’ on defence industrial policy will change in the run-up to the July 2015 European Council meeting on defence. A healthy relationship with High Representative/Vice-President (HR/VP) Federica Mogherini and the Chief Executive of the EDA, Claude-France Arnould, is also vital.

Other reshuffles and appointments under the Juncker Commission are interesting from a defence industry perspective too. The decision to merge transport and space may raise a few eyebrows. Under Maroš Šefčovič – the former Commissioner for Inter-Institutional Relations and Administration – the task will be to ensure that space policy does not decouple itself from the wider strategic importance to areas such as internal market, industry, research and defence.

The decision to assign the ‘Research, Science and Innovation’ portfolio to the Portuguese Carlos Moedas is wise given his industry and economic expertise and experience. Nevertheless, it will be up to Mr. Moedas to deal with the sensitive relationship between research and defence. Research and development is crucial to the defence industry and the EU sits on sizeable amounts of funding for research, but the use of these funds for purely military projects has caused problems in the past.

Finally, the media coverage of Ms. Mogherini’s appointment as HR/VP has largely overlooked the fact that she will also become the new head of the EDA. The outgoing HR/VP did not really take to defence policy. Time will tell if Ms. Mogherini really does believe that ‘defence matters’. For the incoming HR/VP the main challenge will be balancing the interests of the EDA and the European Commission. These two institutions have historically been suspicious of each other, so perhaps the greatest gift the new European Commission could give to Europe’s defence industry would be to better manage relations between these two institutions.

The more cynically minded might, from a defence industry perspective, view the changes brought in under the Juncker European Commission as an exercise in merely ‘re-arranging the deck chairs on the Titanic’. Indeed, it can be reasonably argued that more than new appointments and super portfolios are needed to deal with the strained state of Europe’s defence industry. It is certainly true that the member states still ultimately hold the key to a more effective EDEM and EDTIB. Nevertheless, Juncker’s mantra is that he wants ‘the European Commission to be bigger and more ambitious on big things, and smaller and more modest on small things’. Over the next five years one will learn if Europe’s defence industry is a ‘big thing’ or a ‘small thing’.
﻿