A European single market for healthcare services and pharmaceuticals

EU citizens generally benefit from one of the best levels of healthcare in the world. They can rely on established and crisis-proven national health systems as well as on preventive EU regulation of pharmaceuticals or chemicals.

In addition, major steps have been taken to facilitate cooperation between Member States up to a point where it is generally possible to consult and be treated by a doctor in a different member state while still being covered by health insurance in the home state.

However, while the overall level of healthcare is comparatively high, the nevertheless persistent fragmentation and low coordination of health policy continues to prevent further improvements, with regard to the differences between Member States.

These existing barriers for cross-border healthcare result in a situation where it is not ensured that the right to adequate healthcare is fulfilled to the same extent between EU citizens living in different Member States.

Healthcare as one of the key areas of responsibility of modern states, is an example where both political as well as economic integration remain at rather low level compared to other areas within the EU.

Hence, there is an urgent need to fully exploit the potentials arising from further integration and cooperation within the health sector in order to ensure sufficient healthcare for all EU citizens and to eliminate and prevent inequalities, as emphasised by the Final Report of the Conference on the Future of Europe, published in May 2022, as well as the subsequent Resolution of the European Parliament of June 2022.

Accordingly, this should be followed by concrete and binding legislative measures and moving forward in creating a European Single Market for Healthcare Services and Pharmaceuticals. Such a promotion of cross-border healthcare could take financial pressure off national health systems and enable private individuals (or health insurance funds) to obtain wider choices of pharmaceuticals at more favourable prices.

In health legislation, still the principle of subsidiarity strictly applies. European legislative measures for health protection are only used where their objectives cannot be achieved by national regulations alone. This overall reluctance for further integration can to some extent be explained by the fact that the national health systems have developed separately from each other, they are today built and consolidated on different models, making closer cooperation more complex and difficult. Despite these obstacles, the EU has gained some competencies that have an effect on public health and in particular concerning the pharmaceutical legislation.

A central piece of legislation for the efforts towards enhanced cooperation is the Cross-Border Healthcare Directive, already adopted in 2011. It guarantees EU citizens the right to access safe and high-quality healthcare, including across national borders within the EU, and their right to be reimbursed for such healthcare. The Directive furthermore made recognition of prescriptions from another EU Member State mandatory and in this context created EU rules on a minimum list of elements to be included in a medical prescription taken from one EU country to another (cross-border prescription).

Major positive developments like advances in the digitalisation of medical treatments, e.g. telemedicine or e-prescriptions, should be made available to the benefit of all EU citizens. This requires targeted legislative measures to change the existing framework.

Citizens should be enabled to benefit from the best available treatment for their individual medical needs, regardless of the Member State in which it is offered and in which they live. They also should receive the pharmaceutical products that are best suited for the respective therapy and obtain medicines from any pharmacy, nationally or abroad, whether this may be on-site or by mail order. As a consequence they could even benefit from an increased level of healthcare provision in terms of lower prices, reduced waiting times and improved quality.

However, even when exploiting the potential of the Single Market for the health sector and shifting more competences to the EU level, it will be crucial to still consider the particularities of national health systems.

Building on existing legislation and recent further steps to promote cross-border healthcare, such as the currently discussed EHDS or the project MyHealth@EU, it will be crucial to launch comprehensive and binding legislative initiatives that will in the medium term lead to the achievement of a European Single Market for Healthcare Services and Pharmaceuticals.

It is important to note that such a fully developed Single Market can only function based on existing and firmly anchored national health insurance systems and mechanisms for safeguarding the protection of patients. Therefore, the aim cannot be to deprive the Member States of essential competencies, but instead to further optimise cooperation between the Member States as well as the European Institutions in order to exploit all the potential that the Single Market can offer for better healthcare for all Europeans. 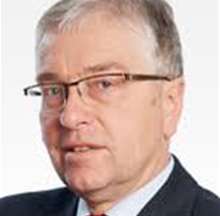