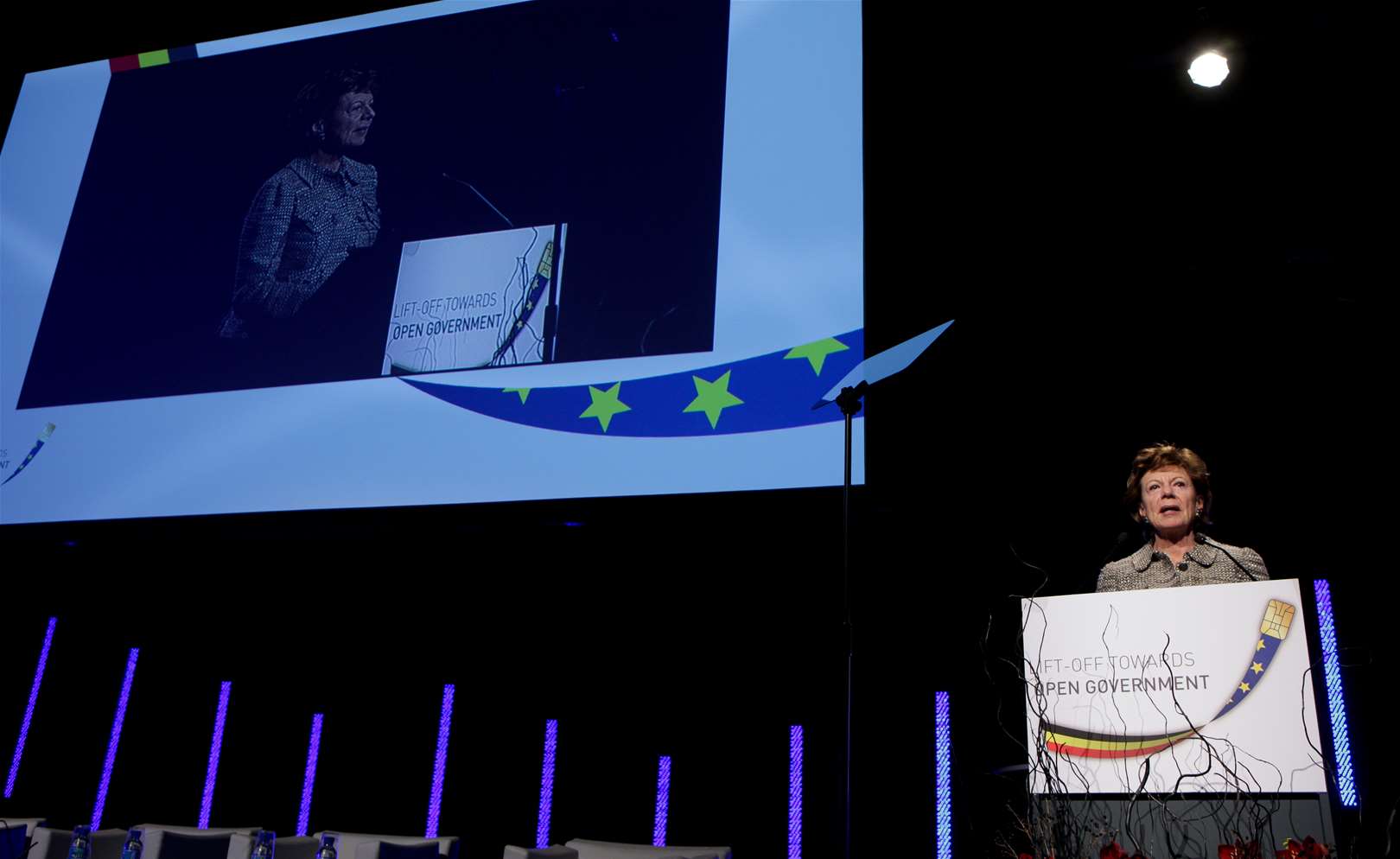 European Commissioner for the Digital Agenda. Photo: The European Union, 2012

The EU Summit at the beginning of March committed the Union to ‘complete the Digital Single Market by 2015, in particular by adopting measures to boost confidence in on-line trade and by providing better broadband coverage.’

If Europe’s leaders can deliver on this ambition it will be a milestone on the way out of the crisis: a 2010 study commissioned by the European Policy Centre from Copenhagen Economics showed that an integrated European Digital Single Market (DSM) would lead to an increase in GDP of at least 4%, amounting to around €500 billion over a 10-year period, with concrete benefits for consumers and citizens.

Completing the European Digital Single Market will not only create growth in the Information and Communication Technology (ICT) sector, it will also improve productivity and contribute to increasing Europe’s medium to long term competitiveness. But Europe will need to act quickly as the rest of the world is not standing still. The US has a strong ICT industry, built on a huge home market with very few, if any, barriers. And the US is not the only competitor: Asian economies are becoming increasingly competitive.

The benefits of a DSM go beyond economics: it can also help to solve some of Europe’s big societal problems, such as fragmented labour markets, environmental problems and under-pressure public sectors. Potentially it is even more important for Europe’s younger generations: if they do not see the Single Market working in the digital environment, it will lead them to question this fundamental achievement of the European integration process.

Much has already been set in motion: the Monti Report had already highlighted the importance of developing the DSM, which was also reflected in the Digital Agenda and the Single Market Act, with the twelve levers including key actions on ICT infrastructure and e-commerce.

But much more will need to be done to ensure that the Single Market adapts to rapidly changing economic and technological trends: digital services are moving rapidly towards being cloud based and Europe must seize the chance to avoid fragmentation and create a European space for cloud services. Data protection and privacy laws need to take account of data transfers and storage across borders, with a system which provides protection for citizens but does not stifle innovation.

Issues of connectivity also need to be addressed: ‘always on’ is a precondition to use the cloud. This will require large scale investments in fixed and mobile networks, with much of this investment needing to come from private operators. Especially in the crisis countries, Europe will need to support this investment by developing new investment vehicles and guarantees.

Private investors should be at the centre of considerations: how can the right framework conditions be created to facilitate this investment? Legal certainty regarding the policy environment, the possibility to develop new profitable business models and the development of pan-European competitors operating in most/all EU countries all play a role.

But infrastructure alone is not enough. Creating an integrated market implies a degree of harmonisation, for example in areas such as consumer protection, data protection or the digital business environment. A case in point is cross-border e-commerce: it has a lot of potential but use is still marginal, which limits competitive pressures and opportunities for consumers. The crucial issue is trust: it can be hard enough to get your rights as a consumer at national level, but is it really possible when trading across borders, given the very different applications of privacy and consumer protection laws? A clear, harmonised set of rules is necessary. Similarly there is an urgent need to recognise that data and knowledge are the fuel of the future economy, so fragmented copyright and data protection regimes need to be reformed.

In addition to such concrete measures there is also a need to develop a digital mindset and a high degree of e-mobility. Here, education systems must play a crucial role.

A DSM for the future

There is a need to be ambitious, making the DSM a reality for businesses and individuals on the ground, while also getting ahead of the curve in new and developing sectors. A functioning DSM would serve as a positive beacon for the development of the Single Market in other areas, creating momentum for further development.

But is it likely that all this will be achieved by 2015? Unless we see a real commitment from Europe’s leaders to not only talk the talk but to also walk the walk, this is unlikely. Creating a functioning DSM will require compromise, sacrifice and funding from Member States but there appears little willingness so far. Such a lack of delivery is not what Europe can afford at this moment.