A deal remains likely despite the posturing 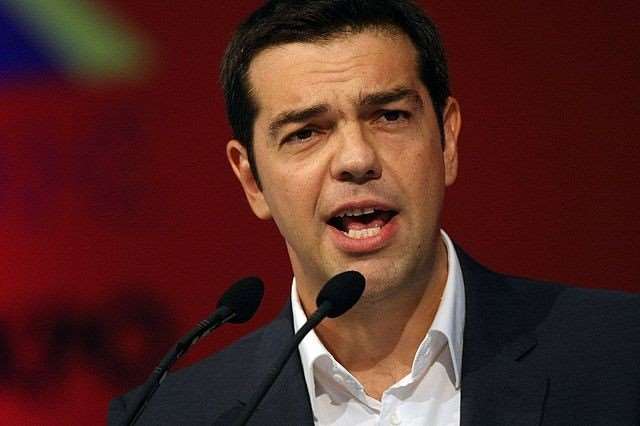 The latest standoff between Greece and its creditors continues with no end in sight. Although “technical” work over Greece’s proposed reform list is advancing, both Greece and Germany continue to posture. Despite a move by Greek Prime Minister Alexis Tsipras to reshuffle his negotiating team, a deal will be hard to achieve by the 11 May Eurogroup meeting. Yet an agreement that unlocks interim funding for Greece, in exchange for some reforms, still makes the most sense for all sides concerned.

The “no deal” scenario, in which interim funding from the Eurogroup is not forthcoming, and Greece defaults on its IMF or private sector repayments, will be politically and economically traumatic for Greece and its Euro partners. This is why an agreement that keeps Greece in the Euro is still the most likely outcome.

What would a “no deal” scenario involve? Critical would be the ECB’s reaction at the moment of default. If the ECB were to refuse emergency liquidity to Greek banks, which is likely, Greece would almost certainly have to respond with a bank holiday and capital and border controls. This would be the case whether Greece remains in the Euro or if it decided to introduce a new currency. In the former case, there would simply not be enough Euros to meet the demand stemming from a bank run. Yet even in the latter case, capital controls would still be needed, to prevent the value of the new currency from plummeting too dramatically.

The economics of Greece’s new currency would not be favorable for Greece. Any purported benefits to economic activity that might come from a weaker currency would be offset by the headwinds from capital controls, distress in the banking system and the negative wealth effects from the redenomination of Greek assets and liabilities into the new currency. This is especially the case given the country’s small tradable sector.

Euro governments would also have to decide whether to demand that Greece repays its liabilities to the Eurosystem (Greece’s so called “Target 2 liabilities”) putting an unrealistic financial burden on a Greek government still reeling from Euro exit, and further exacerbating political tensions between Greece and its partners.

EU law would also be a problem, as Greek Euro exit would involve many legal grey areas in the EU’s treaties. According to the EU’s founding treaties, there is no legal way to leave the Euro, only the EU. Article 140 of the Lisbon Treaty states that conversion from national currencies to the Euro was “irrevocable”. Yet Article 50 says EU members may decide to withdraw from the EU. EU states would therefore have to decide on Greece’s fate as an EU member. Geopolitics would encourage EU states to keep Greece in. A Russian bailout and instability on Europe’s South Eastern flank would surely speak to Germany’s growing geopolitical sensibilities. But this would carry financial cost. Who else would fund the Greek government in the case of Greece’s exit from the Euro, if not the EU?

If Greece were to stay in the EU, its new currency would then face a multitude of intra-EU legal hurdles over the question of the Euro’s supposed irrevocability. The fact Greece would have violated EU treaties could potentially open the route for Greek citizens to legally challenge the Greek government’s actions in EU courts. Citizens from other countries could also attempt to enjoin their governments to do so given Greece would be in serious violation of its treaty obligations.

It is easier to identify political, legal, economic and financial difficulties if no deal is reached, than to identify clear solutions to these dilemmas. This is intrinsic to Greece and the Euro’s situation. All of the tail scenarios involving Euro exit and disorderly default are likely to be unpleasant, chaotic and legally and politically fraught, for Greece and creditor states alike. This is why a deal is ultimately likely, though not just yet. Before this can happen, the situation and sense of crisis still needs to grow, to create the context in which both sides are finally able to compromise.