10 questions for the EU about a Brexit 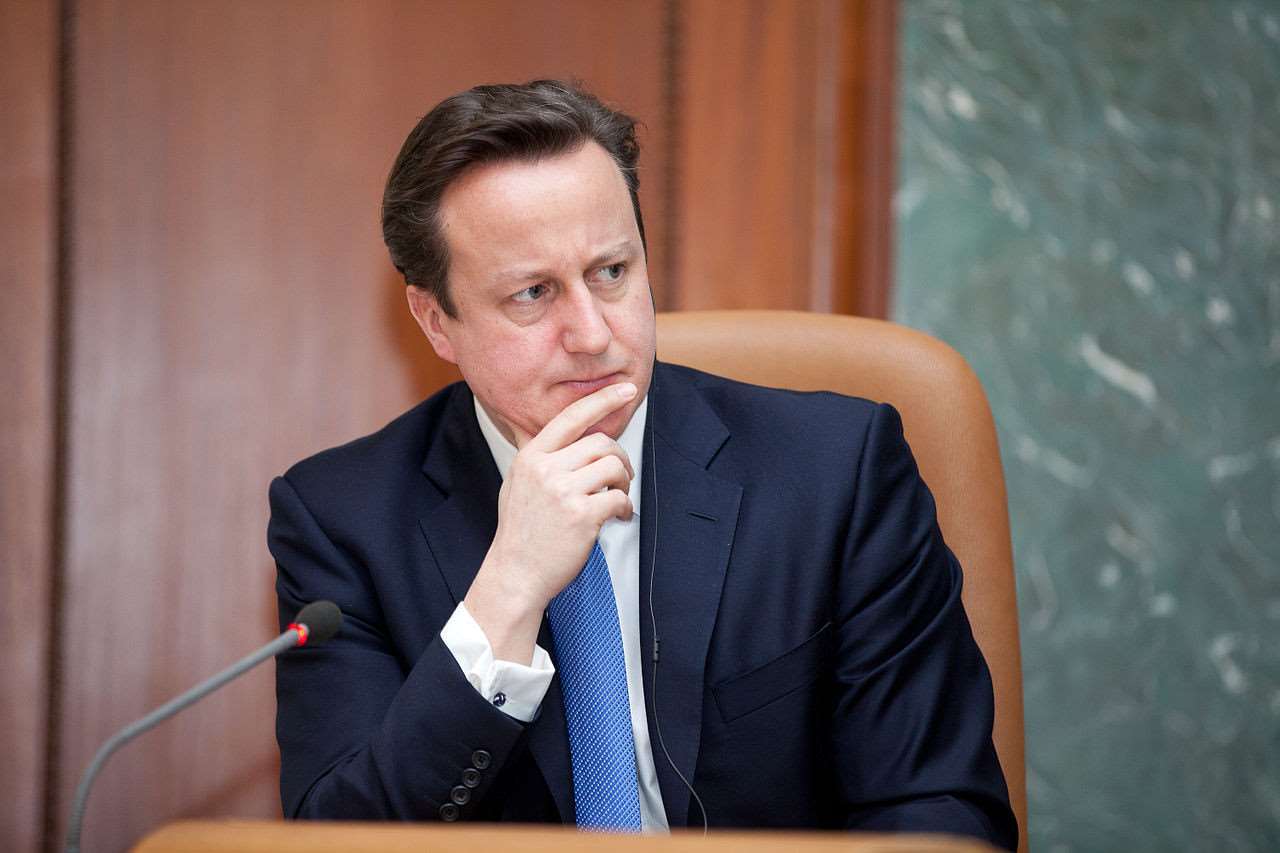 Every week seems to bring a new row between Britain and the rest of the EU. UK-EU relations have never been what could be called stable or easy-going. But relations today seem to have reached new lows. Britain comes across as a wrecker or blackmailer that is ‘lighting a fire under the EU’, to quote Philip Hammond MP, Britain’s Foreign Secretary. Things are so bad that few doubt leaked reports that Angela Merkel is prepared to see Britain leave rather than agree to British demands to restrict freedom of movement within the EU.

If UK-EU differences cannot be reconciled and a British exit becomes highly likely - admittedly very big ifs in themselves - then the EU needs to give careful thought to ten questions about where this could lead it. Britain too will need to think about the EU’s likely answers. How UK-EU relations develop in the face of a Brexit will depend less on what London demands and more on how the rest of the EU - the much larger partner in this - responds.

1.When should the EU discuss the idea of a British withdrawal?

Discussing the exit of any state from the EU is something of a taboo, and while people are increasingly ready to discuss a Brexit the topic remains a sensitive one. Fears of appearing to interfere in what can - incorrectly - be seen as a UK matter merge with hopes the issue will go away. Remaining coy about how the EU might react could also add to uncertainty about the future that could benefit any pro-European campaign in the UK. But a Brexit could open a Pandora’s Box, so the EU should have something of a plan-B in place. Even the EU Treaty’s withdrawal clause - Article 50 - has flaws that need discussing before being put to the test. Some private discussions about handling a Brexit have already been held within chancellories across the EU, with occasional leaks such as that from Merkel’s office confirming that red-lines and negotiating positions have been given some thought. So far, however, public discussion has been very limited.

2. How much attention should be given to the ‘British question’?

Unease or disinterest at discussing publicly the British Question is in no small part thanks to not wanting it to dominate Europe’s political debates. The EU faces multiple problems and questions, not least surrounding the future of the Eurozone. Focusing on Britain runs the risk of creating expectations in Britain that it is the centre of attention. This would not only cause resentment elsewhere but create expectations in Britain that the rest of the EU will not be in a position to fulfil.

3. What red lines should the EU set down?

Here the EU - whether collectively or as individual member states and institutions - will need to ask what values and interests to prioritise. It is clear - although hardly surprising - that for Merkel at least, some of the EU’s core principles such as free movement of people will not be compromised to keep Britain inside. And this will matter even if the UK votes to leave because the UK and EU would need to negotiate a new relationship. Is it in the EU’s interests to agree to a Swiss or Norwegian style relationship with the UK? Should it demand a UK payment into the EU budget similar to those paid by Norway and Switzerland? Would the EU give Britain some say in EU matters? If so would it expect in return something similar such as a role in the oversight of the City of London? Who is to decide what interests are most important to the EU? Will economic or national interests trump any concern for values surrounding European integration and unity?

Britain’s part in European integration can easily be seen as entirely negative, but Britain has been an important player in European integration. And if Britain does not matter then the EU should have no worries about losing it. But what does ‘matter’ mean? Is it to be measured in economic terms? Britain represents 19.4% of EU exports to the rest of the world, and runs a £28 billion (2011) deficit in goods and service with other member states. Britain is home to 2 million EU citizens. Or does it matter because it adds to the value of European integration that would be reduced (perhaps endangered) by it leaving? And what of the future? Britain’s place in a wider Europe context is likely to grow. By the early 2040s Britain’s population could have overtaken that of a declining Germany. Its economic, cultural and military power look likely to remain substantial.

5. Would a Brexit help with the Eurozone’s problems?

When leaders in the rest of the EU think back to David Cameron’s December 2011 veto of the fiscal compact they might conclude that the EU and the Eurozone would be better off without Cameron and any more such vetoes. It is worth remembering that not only did the rest of the EU bypass the veto, but the Eurozone’s problems have persisted and serve as a reminder that even without Britain the rest of the EU can struggle to find the necessary unity, leadership and trust. Cameron’s own behaviour and the attention that focuses on him and Britain has made him a ‘useful idiot’ to some elsewhere in the EU, distracting attention from wider problems they do not wish to discuss or admit.

6. What would a Brexit mean for the EU’s international standing and security?

The idea of a Brexit does tend to provoke one fear more than any other: that the EU will lose one of its two only credible military powers, and one which, while prone to overreach, does look beyond Europe and does so geopolitically rather than in a narrow economic way. The EU’s allies (especially the USA), competitors and enemies could easily interpret a UK withdrawal as yet another sign of European division and decline. It is far from clear whether the rest of the EU could find the commitment to improve their relations on foreign, security and defence matters. And a Brexit would not settle the matter of EU-NATO/US relations.

7. What new UK-EU relationship should be negotiated?

What for the EU is the best post-withdrawal relationship to seek with Britain? Should it push for a relationship with Britain akin to that held with Switzerland or Norway? Should it agree to changes to the European Economic Area to meet any British demands? Should the UK be allowed some form of privileged access to the Single Market? Should whatever model is offered be designed to protect the EU in terms of social models or should the EU be guided by economic interests whether these be protectionist ones or more inclined to maintaining open economic links with the UK?

8. What might this mean for the rest of non-EU Europe?

The EU will need to pay close attention to the potential geopolitical consequences of a Brexit. The EU cannot grant the UK a Swiss style relationship without considering what that might mean for relations with Switzerland and other non-EU European states. Questions will arise about EU-Turkey relations, with Turkish membership of the EU likely to be killed off by a Brexit. But could Turkey then be offered something similar to the new UK-EU relationship? Would a Brexit have implications for EU-Ukraine relations?

9. How should the EU negotiate any internal changes after a British exit?

A Brexit will trigger internal changes to things such as the EU’s budget, distribution of seats in the European Parliament and allocation of votes under Qualified Majority Voting. Each member state will be conscious of how a Brexit might offer them opportunities, perhaps from any shift a Brexit could bring to the centre of power within the EU. Eastern Europe could gain over Western Europe, Germany’s position could be enhanced vis-a-vis other states including France, more protectionist minded states could gain from the loss of one of the strongest advocates of free-markets. Combined with a strengthening of the Eurozone, a Brexit could tip the EU towards even closer union. The alternative also needs to be considered: that a Brexit unleashes centrifugal forces that unravel the EU.

10. Will a Brexit settle UK-EU relations once and for all?

If the end sought by all sides is a solution to an often-strained UK-EU relationship, then both sides are likely to be disappointed. Britain will remain a major European power, with a clear interest in pushing its demands, including from outside the EU. The UK will find the EU remains Europe’s predominant political, economic and security organisation, meaning it will play a daily role in British life. Both sides could easily end up resenting the others power and demands.